People are still in state of shock after cell phone explosion caused by Lithium Battery. Battery explosion also happened on Dell and Apple products. Then lithium battery explosion is inevitable?

Cell phone and laptop use lithium-ion battery. the so-called lithium battery fulfill power supply and release through lithium ion’s movement between anode and cathode. Lithium ions are required to cleanly move between anode and cathode. In theory, this design can be achieved, but in practical process, due to strong sensitiveness of Lithium ion Battery, any abnormal situation could cause battery failure.

All lithium battery explosions are caused by short circuit, which might occur from overcharge, over discharge, over current and over heat. They lead to battery short circuit through battery’s internal structure, which is a technology manufacturing process and defect existence is unavoidable.

Anode and cathode where lithium ions stay should be clean, and electrolyte and film where lithium ions shuttle should be free of impurities. However, in the manufacture course, it is difficult for electrolyte and film not to be messy with metal dust, copper foil, aluminum foil and other fragments. If incorrect use (overcharge, over discharge and over current) happens or lithium batteryis put in a extreme environment (over high temperature), lithium battery will become over heat and static status of fragments will break, creating fragments’ heat movement among hot electrolyte. Next, if fragments are close to film, they will affect film’s isolation and lead to short circuit. Therefore, two conditions contribute to short circuit: one is impurities in battery body; the other is moveable impurities. Heat is the intermediary agent of the two. Consequently, short circuit should accompany with heat while heat does not necessarily induce short circuit. Thirdly, short circuit will bring sparks. For electrolyte is flammable liquid, spark will result in battery fire and explosion in a closed space. Hence, there is a polymer lithium battery, with gel electrolyte replacing liquid electrolyte. This battery could reduce short circuit.

Once short circuit happens to battery, generally speaking, leakage, fire and explosion will appear, among which, fire is most severe. 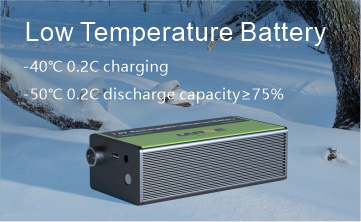